Piano Lessons Was Actually Worth It  | labour of love

You probably won’t magically wake up tomorrow able to match Beethoven’s piano skills. But if you take this Learn How To Play Piano online course, you’ll at least be one step closer. This course offers 12 hours of content and nine learning modules to help you play piano with confidence. You don’t need any prior knowledge of music theory or even the ability to read sheet music — although, let’s be honest, it wouldn’t hurt. With easy to understand step-by-step lessons, you’ll transform from total rookie to rocker in no time. You’ll discover all the common terms and expressions of the piano and build a substantial repertoire of solid performance pieces. You’ll also gain a solid understanding of Major and Minor scales and the four main chordal families. And (obviously), you’ll learn how to play the keys beautifully.

Most music kids remember the earlier days — the hours when you’d practice while everyone else was hanging out in the mall, or the bus you’d ride alone because your cello needed the rest of the row. Growing up with music takes work, and science has proven that this labor of love pays off in major ways as you get older.

1. Music made you creative.

Creativity is so crucial in the current job market that some colleges actually teach it as a course. However, any kid who grew up playing music wouldn’t have to take it. In a study done by Tufts University, researchers proved that music improvisation helps to boost creativity, which is good news for anyone who studied jazz. The study found that music improv is a prime for creativity because, in addition to potential benefits in terms and affect arising from music, the generative nature of improvisation fosters a creative mindset. So, in addition to rocking a solo, you can maybe also hold down a creative job.

2. Music made you good at living in the real world.

Remember the pivot episode of Friends with Ross, Rachel, Chandler and that couch on the stairs? If they were musicians, that never would have happened. According to several studies, including one done by researchers at UCLA, playing music enhances your spatial-temporal reasoning as it triggers neural activity similar to what happens when you solve math problems, play chess and work on engineering projects. Of the 78 children that participated in the research, the 34 that received private keyboard lessons showed significant improvement on spatial-temporal tests. 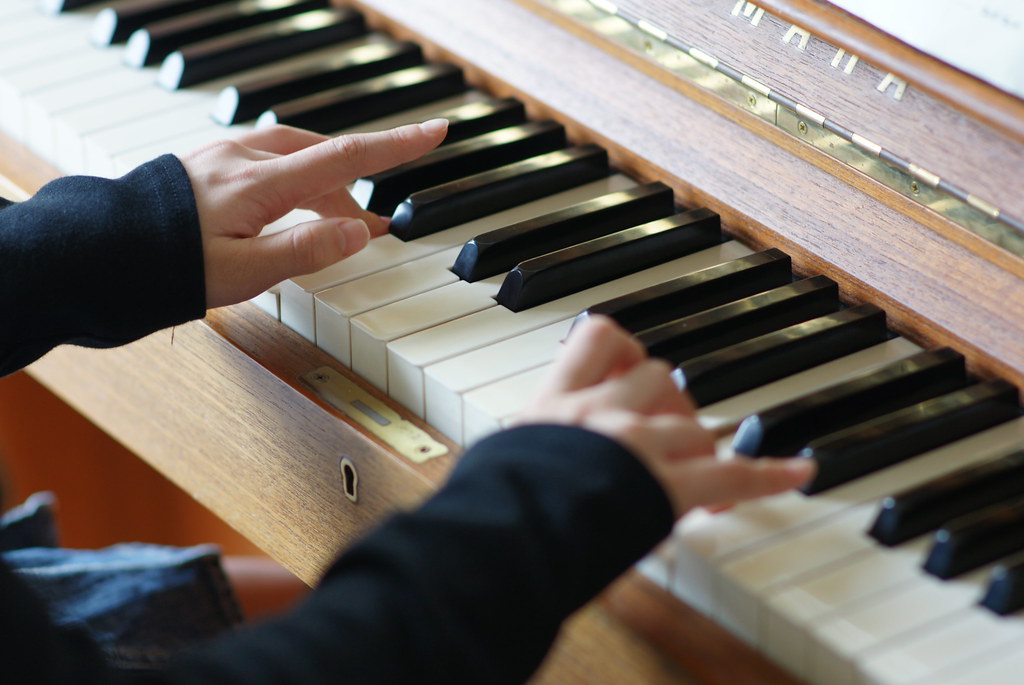 3. Music made you a math genius (hopefully).

Any music student who has had to figure out how long to hold a dotted quarter note, or why a starting measure of a piece begins with one beat while the last one ends with three could have told you this. Luckily, we have science to back it up. We’re not saying that it wouldn’t be too hard for skilled percussionists to earn a PhD in mathematics, but there is a correlation. In a 10-year study done by UCLA’s Dr. James Catteral, students who played music scored higher on their math tests. Additionally, in 2001, a profile taken by the Music Educators National Conference on SAT results showed high schoolers who took music lessons scored higher in both the math and verbal portions of the test. Basically, music is calculus, just with notes. And enjoyment.

You can’t really play music by the composer Debussy properly if you don’t understand the 19th century Impressionist movement in France. And orchestras are the way a lot of kids see their world. Anthropologists and historians also often study people, cultures and events through the lens of music. That’s because music has an extreme cultural specificity. The documentary My Musical Brain even examined the brains of various famous musicians and found that our cultures have a direct effect on our musical preferences.

5. Music made you a good communicator.

Contrary to the popular belief that band geeks are socially inept and awkward (though that is also true), playing music enhances your language and social skills.  Miami Symphony Orchestra Maestro Eduardo Marturet said, Socially, children who become involved in a musical group or ensemble learn important life skills, such as how to relate to others, how to work as a team and appreciate the rewards that come from working together, and the development of leadership skills and discipline. A 1999 Columbia University Study found that Students in the arts are found to be more cooperative with teachers and peers, more self-confident and better able to express their ideas. These benefits exist across socioeconomic levels.  Plus, anyone playing in an orchestra or a band can tell you playing as a group forces you to listen and become aware of what others are doing. Music is a conversation, not a monologue. Just look at those kids on Glee. Even when they’re fighting, confused or really, really emotional, they’re still talking to each other, and through song to boot.

The book, This Is Your Brain on Music, is entirely about how, among other things, music changes your brain structure, how great compositions and brain perception are interrelated and how music and emotions are closely tied. According to the Journal of Neuroscience, [There are] structural brain changes after only 15 months of musical training in early childhood, which were correlated with improvements in musically relevant motor and auditory skills. So, that’s good.

7. Music made you disciplined.

It took Mozart about 11 years to compose his first opera. Granted, he was 11 years old, but still, it takes all of us time. Practice forces you to schedule your time, delay gratification and work towards a goal. Even when your parents make you practice, it’s still you up there all alone on the stage at recital. Whether that performance goes well or becomes a hugely embarrassing memory depends on how much effort you put into it beforehand. This work ethic also carries over in other areas of life, like studying in school or rocking your first job. In his book Practicing, author Thomas Sterner talked about how music and golf helped his learning and self-effort. In an article in the New York Times, Alexandra Parbery-Clark of the Auditory Neuroscience Laboratory at Northwestern University explained, If you get a kid who is maybe 3 or 4 years old and you’re teaching them to attend, they’re not only working on their auditory skills but also working on their attention skills and their memory skills — which can translate into scholastic learning. So music isn’t just fun, or a difficult task. It’s a lesson in all aspects of life.

Please Message Me Or Video